Rax provide a variety of youth based active citizenship workshops

In 2010 Rax Consultancy ran a series of active citizenship master classes in Great Yarmouth that led to a project developed by the young people, addressing the divisions between them, the law services and local businesses. By running a conference in the town hall for all the affected parties to meet, the young active citizens succeeded in building new bridges with the community, cemented by the formation of a panel organised by the young people that will meet four times a year with police and council in order to ensure all parties, particularly the young people, are being heard in local decision making.

“The RAX workshops were more than we ever expected, and everything we could have wished for. From engaging topics and great visuals, to diverse participatory techniques and captivating facilitation, the workshops are guaranteed to get young people inspired… Young people who took part in the RAX workshops have gone on to do awesome things; from standing for youth parliament and interviewing politicians, to campaigning against the closure of their youth club, and deciding to go on to college from school. In short, ten out of ten, and would recommend RAX to anyone.” Holly Notcutt, Community Development Manager, Great Yarmouth Borough Council.

Rax spent two years as regular consultants to the House of Fairy Tales traveling art circus. This included developing long and complex story based games for young people, site specific to venues such as art galleries, forests and national trust homes. We would create whole worlds where only children could play the game and when they finished all the tasks and got to whisper their secrets to the crystal ball of truth at the centre of the universe, they would be given a medal and anointed in ‘boar spit’ as we knelt and welcomed them to the House of Fairy Tales Republic. 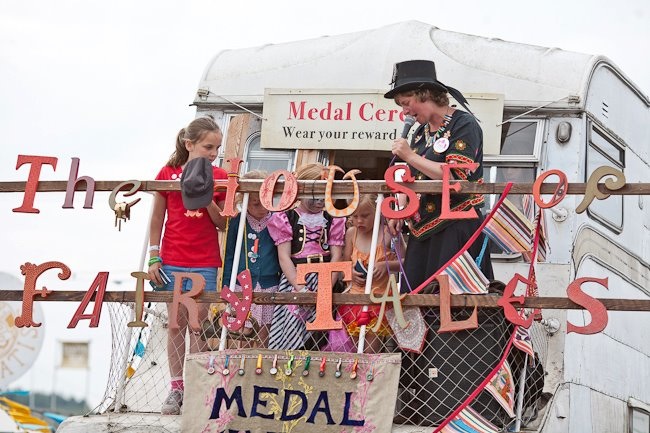 To this day, that crystal ball carries faithfully, the whispered secrets of hundreds of children. 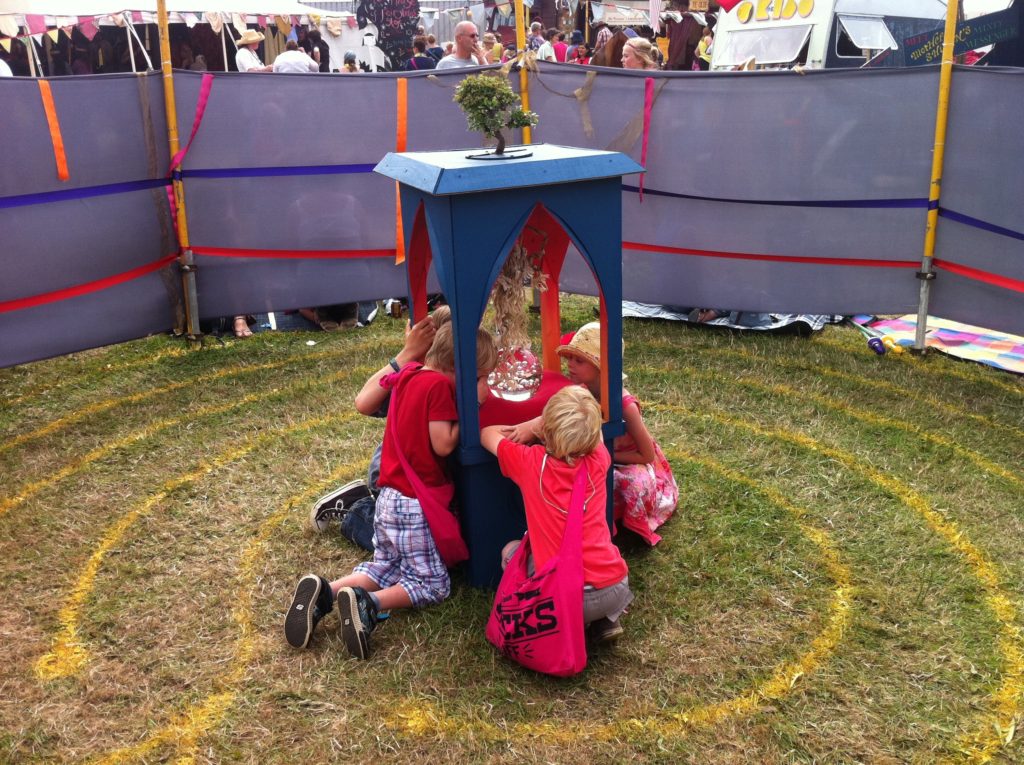 “Working with the Rax team over the past two years has been a pleasure and an inspiration. The Rax team replicates all the expertise, innovation and insight into engaging and empowering young people that the Rax Toolkit exudes. They have helped shape many of our projects at House Of Fairy Tales. As either educational consultants, resource designers or as workshop facilitators, Rax are at the top of their game and I can’t recommend them highly enough.” Deborah Curtis, director of The House Of Fairy Tales.

Over the years, Rax have run active citizenship projects in around 50 schools and youth provision organisations across the UK including Kids Company, New Horizons, the Citizenship Foundation and an annual two days project at Atlantic College in Wales. 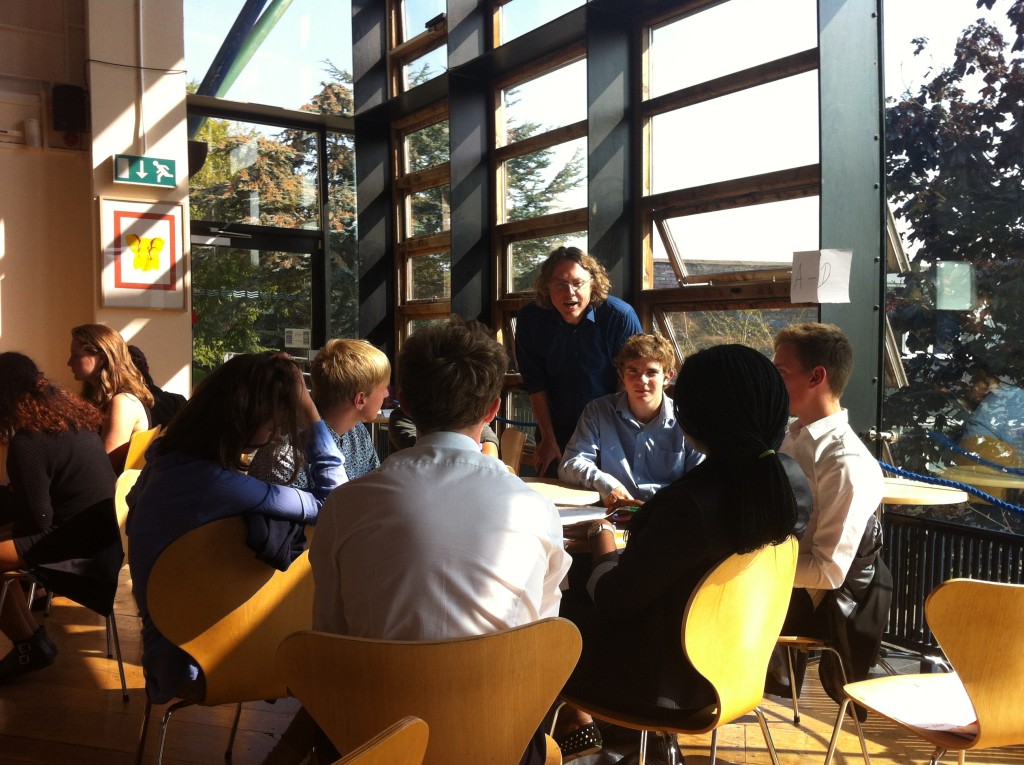 “Those workshops broke walls down for me. I didn’t realise how powerful young people can be if they work together. I can’t wait until you come back next year.” Edwin, 17, Atlantic College, Cardiff.

One of the most memorable young active citizenship projects was a series of workshops with a whole year eight in London in 2016 that culminated in four actions in one day, with the young people using our inflatable barricade props to briefly blockade the Qatar Embassy, the Mexican Embassy, the Mango clothing store in Oxford Street and the front of their local Newham Town hall, each highlighting a different human rights issue chosen by the young people.

[The Rax workshops] “Improved motivation, confidence and behaviour because they’re finding their voice and they know they can achieve things by doing school work that has an impact on the real world. I want a school full of children who are good at questioning and thinking for themselves. That has to be the purpose of school.” Peter Hyman, Head Teacher, School 21, Stratford.

Rax provides active citizenship workshops for all young people; these can include developing complete campaign projects from scratch, basic and advanced media skills, mass mobilisation and movement building strategies and effective creative interventions based on the issues and arguments at the heart of young peoples’ desires for change.

“After reading Jamie’s RAX Toolkit, I knew we had to invite him into work with our young leaders. It was a great decision – they were hugely inspired, provoked and challenged. As a veteran creative activist, Jamie can paint a vivid picture of historic and current social justice movements, bringing alive their strategies and tactics for an new generation. Through expert storytelling and interactive activities, Jamie took our participants on a big journey in such a small amount of time – giving them a new context to their activism, and the confidence to believe that they too could make change. Jamie just knows how to draw out young people’s ideas and passions!” Founder & Director of The Advocacy Academy 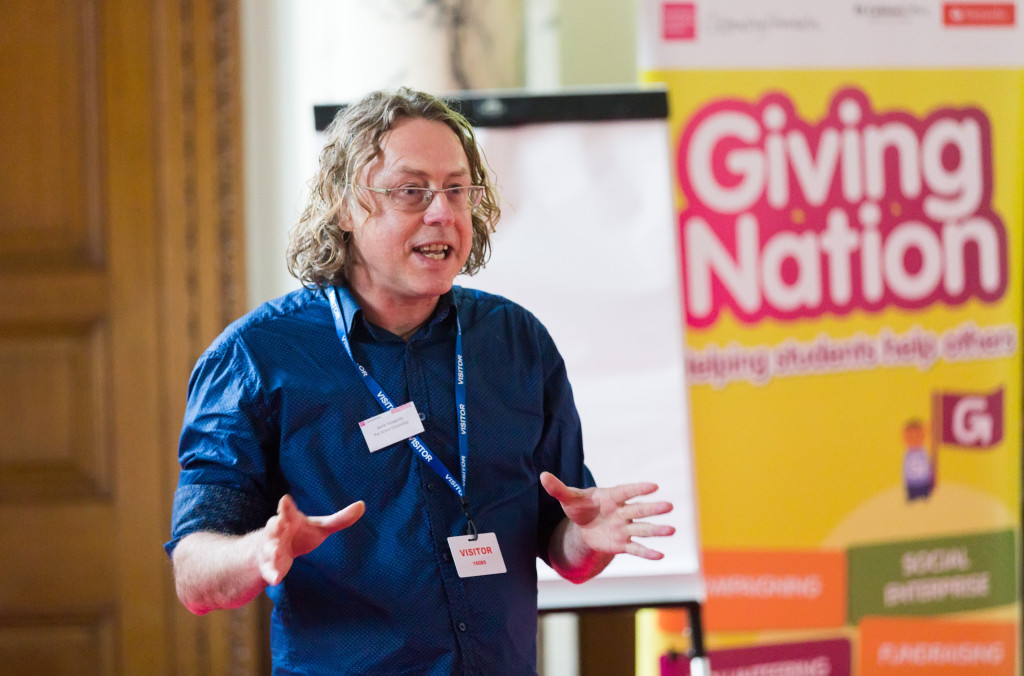 “Jamie’s input into the 2014 Giving Nation Awards was invaluable.  The activities within the workshop were innovative, engaging and thought-provoking, and Jamie’s passion and energy were a huge inspiration to both students and teachers.  They went away from the session equipped with real-life, practical skills for social action and a renewed understanding of the importance of active citizenship, with many groups immediately planning how their new skills could be used to take their projects further.” Martha Grove, Education and Engagement Officer – Citizenship Foundation